That is the case of the infamous War of the Bucket. I heard about that war for the first time when I travelled to Bologna. I was exploring the city when I met some students from the University. They decided to show me the place, and we got along well pretty quickly. We chatted for a while, got dinner (fast food, student life!), and that’s when they told me this fascinating story. 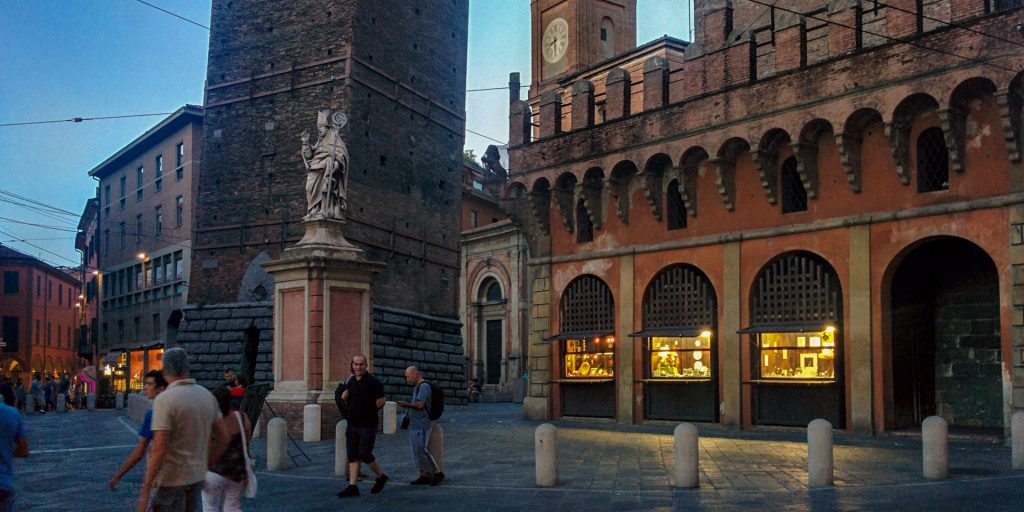 There is a tower in Modena, a city just 40 kilometres (25 miles) away from Bologna, called Torre Ghirlandina. It’s the main tower of a beautiful 12th-century cathedral, and it contains an invaluable treasure. What is it? An old wooden bucket. As you can imagine, this is no ordinary bucket. Students still joke around about stealing it and bringing it back to Bologna. Why? Well, apparently because of a 700-years old grudge.

To understand this, we have to go back to 1325. Italy was the most developed area in Europe, but war and bloodshed were commonplace. The northern Italian cities were in constant competition with another. While the rivalry helped boost the arts and sciences during the Renaissance, it also encouraged conflict. That was the case in the War of the Wooden Bucket, fought between Bologna and Modena.

To be honest, the war didn’t just start with the infamous bucket. These two cities already had occasional skirmishes before the war. Their mutual hatred came from far back, as they both supported different factions: Guelphs and Ghibellines.

Northern Italy was in a very particular situation. It was a wealthy area, with a very urban population, much more than in the rest of Europe. Also, they had a literacy rate unprecedented since Roman times. That made the region a target for ambitious leaders all over Europe. And no men had more ambition than the Emperor and the Pope.

The disputes between the Emperor of the Holy Roman Empire and the Pope were very old. They both considered themselves as the leaders of Christendom and as such, they were in constant competition. Those who supported the Pope were known as Ghibellines, while those who followed the Emperor were called Guelphs. With Bologna and Modena on different sides, chaos was ensured.

The War of the Bucket

After several years of skirmishes and constant tension, a group of Modenese decided to prove they were better than their rivals in Bologna. One night they infiltrated the city without anyone noticing. They weren’t looking for trouble, so they just stole a wooden bucket from a well as a trophy.

Stealing the bucket, apparently unimportant, did not please the people from Bologna. Of course, Modena exhibiting the bucket as a sign of their superiority didn’t help. After all, they were showing off their ability to sneak into enemy territory.

Bologna demanded the return of the bucket, a request that Modena refused. And the city of Bologna reacted in the only possible way to such an affront: declaring war. After recruiting an army of 32,000 soldiers, the Bolognese decided to march to the rival city, defended by 7,000 Modenese troops.

The battle was not very long. After 2,000 casualties between both sides, the Bolognese army broke. Despite the numerical inferiority the Modenese managed to force them to flee back to Bologna. According to some reports, once they arrived there, a Modenese soldier stole yet another wooden bucket from a well near one of the city gates.

The conflict was so ridiculous that the writer Alessandro Tassoni wrote a mock-heroic epic, La secchia rapita (The Stolen Bucket), published in 1622. Later, in 1772, the composer Antonio Salieri, known rival of Mozart, composed a comic opera with the same name.

Today, almost 700 years later, there is a wooden bucket in the Ghirlandina Tower of Modena. That bucket is, according to the legend, one of the two buckets stolen from the city of Bologna. And although there is no reliable evidence proving this, students are still joking with the idea that they should take it back to restore the city’s honour.

And that’s the story of the War of the Wooden Bucket, as told to me by some Italian students. I never expected to get a history lesson in a fast-food restaurant, but that’s what makes travelling so great. 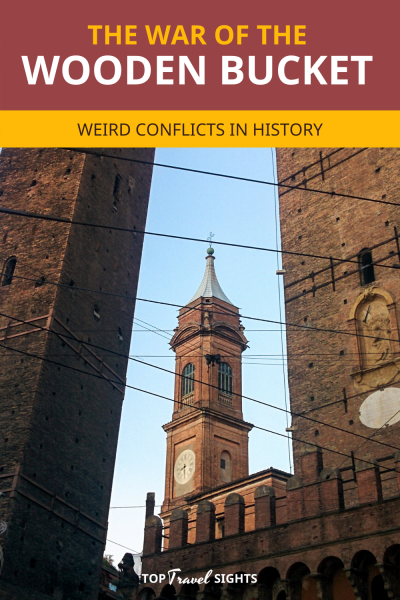