Uruguay looks tiny when compared to its giant neighbours Argentina and Brazil. Many travellers arrive on day trips from Buenos Aires or just plan a quick stop in this country. But Uruguay has enough tourist attractions to keep you busy for at least a week or two. We had seven days in this amazing country and barely managed to see its highlights. In fact, I think we could easily have spent another one or two weeks here.

Here is an overview to give you a taste of Uruguay and so you know what not to miss:

#1 Stay on an estancia

I have already written about why you should stay on a farm in Uruguay. There is no better and more authentic way to experience the countryside and get an insight into local life. Many estancias offer full board, so you get to taste Uruguayan food beyond the steaks and burgers offered in most restaurants.

My friend and I stayed at the El Galope ranch in between Colonia del Sacramento and Montevideo. With its dorm rooms, it is a great option for budget travellers, and our two hosts, Miguel and Monica, were very nice. You can find estancias for every budget in the countryside of Uruguay.

Colonia del Sacramento was the first Uruguayan town I visited and I couldn’t have gotten a better introduction to the country. The city was built by the Portuguese in the 17th century and is a beautiful maze of colonial houses and cobblestone streets.

Some of the houses have been transformed into museums. The ticket costs less than 2$ and allows you to visit all of them. Inside, you will find lots of random objects on exhibition, from tiles to indigenous artefacts and what looked suspiciously like a dinosaur skeleton.

From the lighthouse, you have a great view of Colonia del Sacramento’s historic centre and, on clear days, can see Buenos Aires on the other side of the river. The old port is great for a walk and if you want to rest, you will find lots of small cafes waiting for you all over the town. 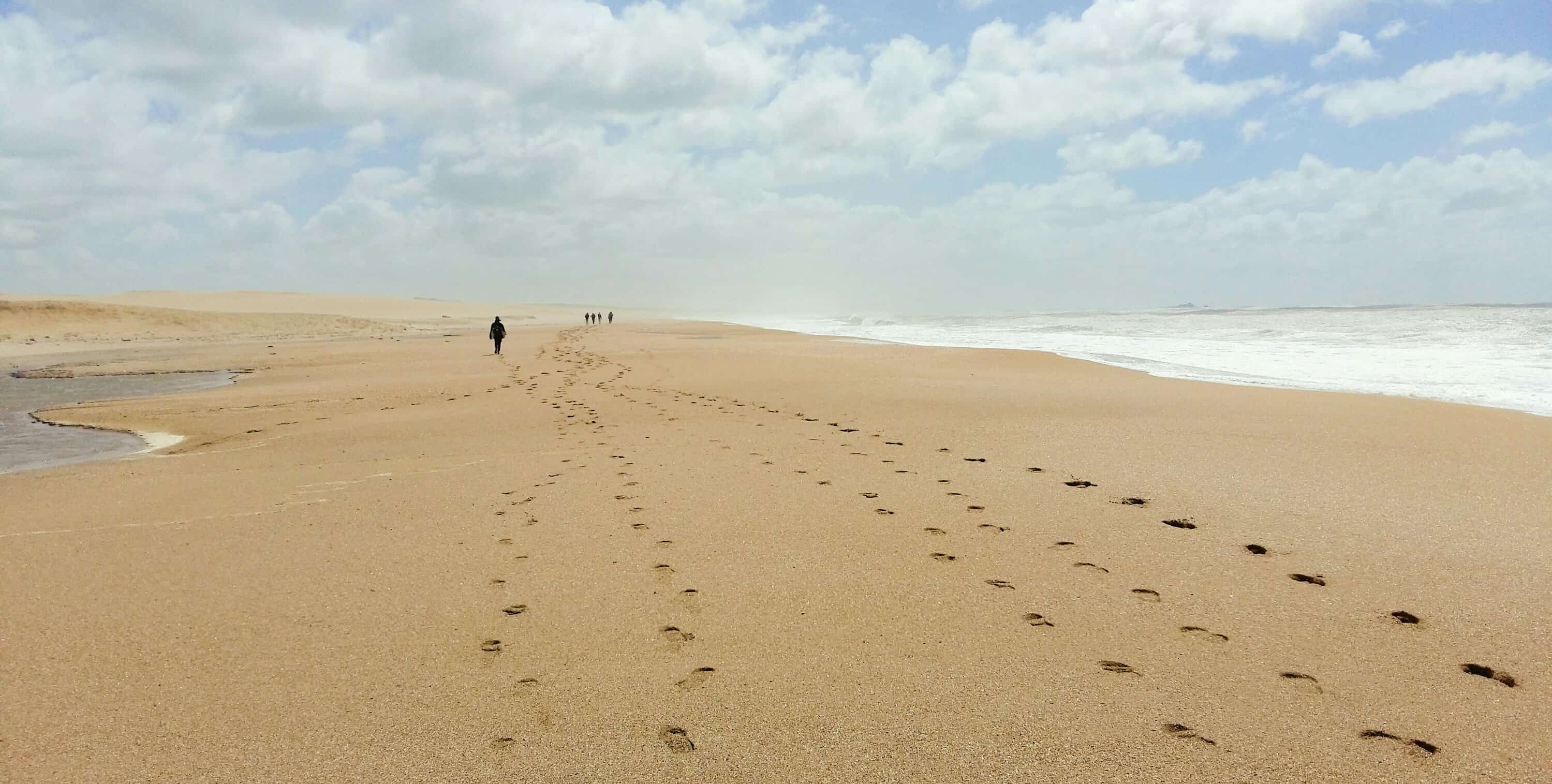 Uruguay has a long coastline with lots of beautiful beaches. Here, you can find a place to stay at for every taste and budget. Punta del Diablo, once a sleepy fishing village, is becoming increasingly popular with backpackers. Those looking for a more quiet place, and a great spot for surfing, will enjoy La Pedrera.

No village is more remote than Cabo Polonio, a tiny place nestled in the sand dunes that can only be reached by special trucks. The beaches here are rugged and wild, with sea lions frolicking in the waves. It is almost the opposite of the glamour at Punta del Este, a city only two and a half hours from Montevideo. A local called it the Monte Carlo of Uruguay, especially in summer when it turns into a popular beach resort town.

Uruguay is a country of gauchos and it would be a shame to travel here and not get to know some of their culture. And what better way to do so than by riding a horse? You can find opportunities for horse riding all over the country, from the green hills in the north to the sand dunes in the south.

If you stay at an estancia, you might also be able to take horse riding lessons there. I learned from Miguel, my host at the El Galope farm. He taught me how to brush a horse, prepare it for riding and how to control it and, most important, how not to fall off. It was a lot of fun and totally worth the soreness that followed the next day.

If you love meat, you will love Uruguay. From asado, a typical Uruguayan barbecue, to chivito, another national dish, it is always about carne.

Chivito is a steak sandwich topped with ham, bacon and fried eggs. It is usually served with french fries. If you order it al plato, it will be served as a giant pile on a plate instead of in a bread.

Chivito is a great dish for sharing. Especially when ordered al plato, one plate is usually more than enough for two people.

I already mentioned Cabo Polonio when talking about Uruguay’s beaches. Besides having an endless, wild beach, Cabo Polonio is also home to South America’s largest population of sea lions. Lying on the rocks underneath the lighthouse, they can be visited any time of the year. If you stick around for a while and watch carefully, you might also see them playing in the nearby waves.

Located in the sand dunes, Cabo Polonio is only accessible by special trucks that serve as shuttles from the bus station and parking lot to the village. You will not find any proper roads here, only sandy paths connecting the houses, and all electricity comes from solar power. Uruguay does not get more remote than this.

At first glance, visiting a capital city is not a good choice for budget-conscious travellers. Montevideo is an exception to the rule. With many free museums, it has never been easier to keep yourself occupied for a day or two without busting your budget.

My favourite was the Museo del Gaucho, located in a beautifully renovated house. While walking up the staircases, it is easy to imagine the life of the wealthy family that once lived here. Artefacts on display show everything related to gaucho life, from mate cups to saddles and traditional hunting instruments.

You can find many more interesting museums in this city, from the Museum of Decorative Arts to the Government House, which holds curiosities like the stuffed dog of a former president.

If you ask Uruguayans about traditional drinks, they will always mention mate. Locals carrying around a mate cup and a thermos are the rule rather than the exception. If offered the drink by a local, give it a try. The bitter tea is an acquired taste, but it would be a shame to miss out. Just don’t touch the silver straw.

Another traditional drink, this one alcoholic, is grappamiel. It consists of grappa, a brandy made from grapes, that has been sweetened with honey.

So what do you think? Have I convinced you to give Uruguay a try? Have you already been there? What did you do? I would love to hear your thoughts.