By now, most people will have heard of the amazing Peruvian food. Restaurants all over the world serve dishes like ceviche and lomo saltado. But what about Peruvian desserts?

Until travelling to Peru, I had no idea such a thing even existed. But after spending a month and a half in the country, I got to appreciate many of the sweet dishes they sell at streetfood carts and in restaurants.

If you don’t know about Peruvian desserts, don’t worry. I have put together this overview so you know what to seek out next time you travel to Peru. 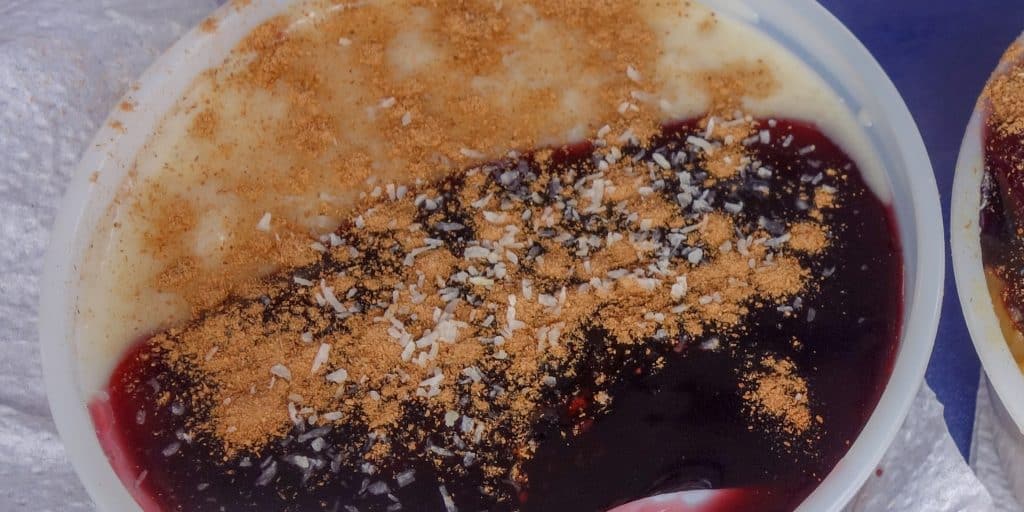 Alright, I admit it. Arroz con leche is not a dish that is unique to Peru. This rice pudding can be found in many Latin American countries, in Spain and even where I come from, in Germany. But it is so popular in Peru that I had to mention it first.

I have seen arroz con leche-vendors all over Lima. Little carts sell cups of rice pudding, often topping it up with fruit or spices. Some sell the regular version, others sell arroz zambito. And arroz zambito is a dessert that is indeed unique to Peru.

Arroz zambito almost looks like the regular rice pudding, except for its darker colour. That colour comes from adding chancaca, a raw sugar. It is traditionally prepared only with water and therefore less creamy, although the one I ate tasted as if it had been cooked with milk. Compared to arroz con leche, it is slightly sweeter due to the chancaca. 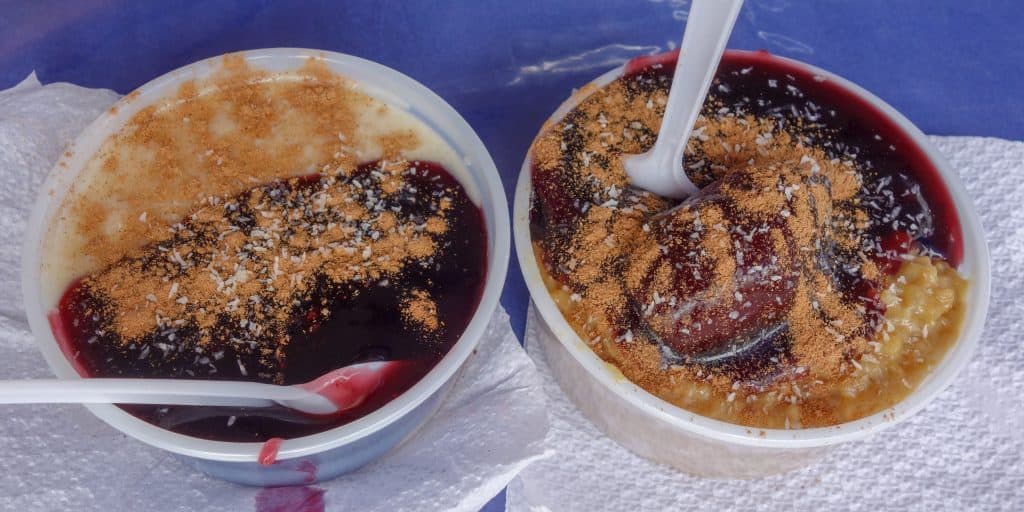 Mazamorra morada is the perfect topping for arroz con leche. It is made from purple corn that has been thickened with starch. In addition, it contains fruit like pineapples, apricots or apples. I loved mazamorra morada because it tastes like Christmas, with lots of cinnamon and cloves.

If you want to try mazamorra morada, find a street stall selling rice pudding – they often top it with this delicious purple sauce.

Picarones are another typical Peruvian dessert. They originated in Lima during colonial times and were derived from buñuelos, a kind of doughnut. When those became too expensive to make, people replaced traditional ingredients with sweet potato and squash – the dessert soon became popular all over Peru.

Picarones are shaped into rings and fried in hot oil. They are usually served with chancaca syrup, a syrup made from Peruvian raw sugar. 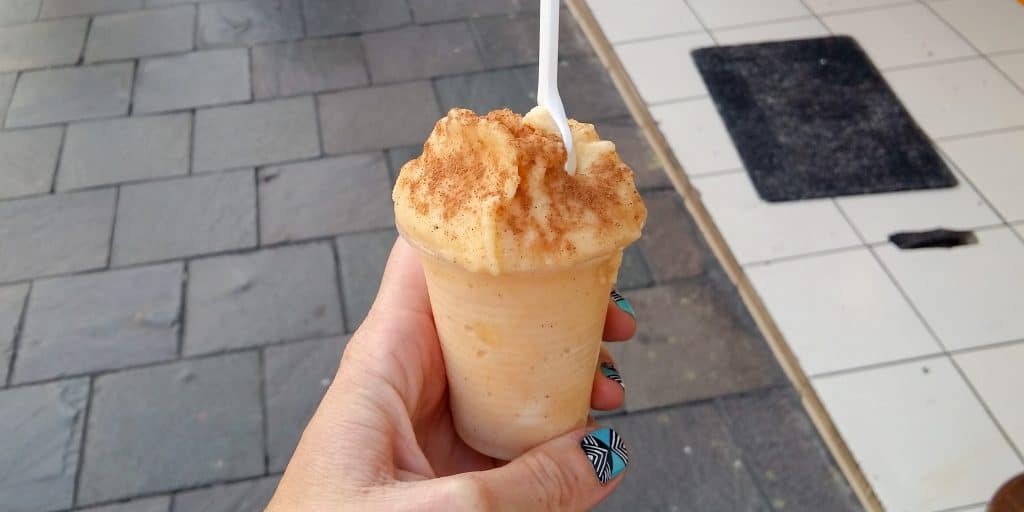 If you speak Spanish, you will know that this translates to cheese ice cream. But don’t worry. Helado de queso might be prepared with cream cheese, but it does not taste like cheese. It is ice cream that has a nice flavour of vanilla and cinnamon.

Helado de queso originated from Arequipa and can be found all over town. But if you don’t make it to Arequipa, you can also find it in restaurants in many other places around the country.

I don’t think I have eaten any dessert as often in Peru as leche asada. I got this every day when hiking the Colca Canyon and I’ve seen it on menus everywhere in the country. It is similar to flan and can be found all over South America, but with variations from country to country.

Leche asada is basically milk, eggs and sugar. I think I found it everywhere since its preparation is so simple and the dessert is so delicious. Most of the time, it was topped with some kind of sweet syrup to add a bit more flavour.

Yes, you can find lemon pie in many regions all over the world. But the version in Peru is so popular all over the country that I had to include it in this list. Here, it is made with lime instead of lemon, which adds a different kind of flavour.

Pie de limon consists of a thin layer of pastry, covered with lime custard and topped with a thick layer of meringue. If you’re lucky, you will find a street vendor with a huge variety of cakes – they will surely have lemon pie. 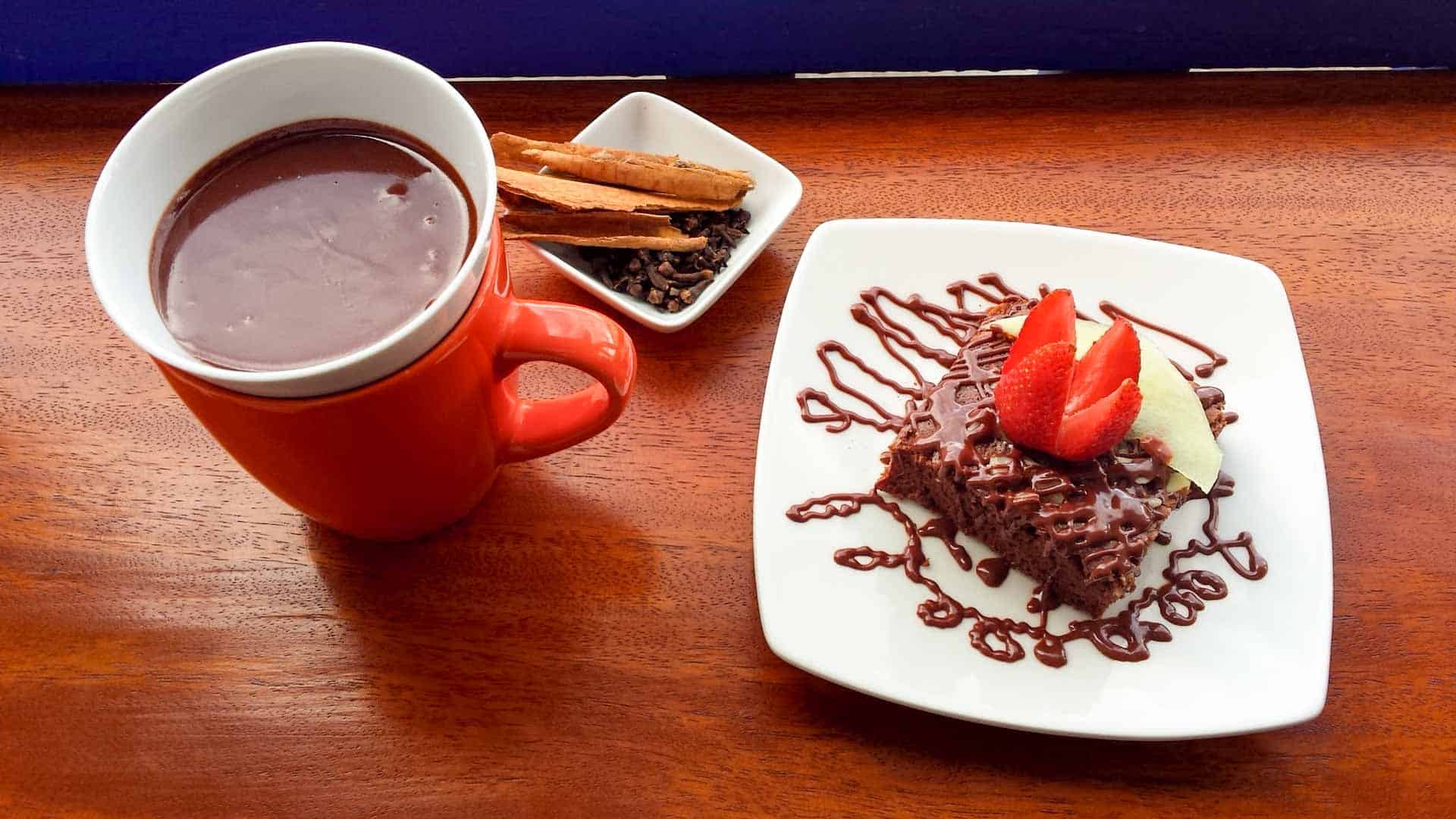 You cannot travel to Peru without trying some locally produced chocolate. The Choco Museo has branches all over the country and it’s the best place to not just learn about the process of making chocolate but also to try all kind of products made from chocolate.

I can highly recommend the hot chocolate. When I ordered it, I got a small cup of liquid chocolate together with my cup of milk, so I could decide myself how strong I wanted for the drink to be. The brownie is also very delicious, but I think that everything on the menu tastes great. You cannot go wrong here.

Have you ever been to Peru? Or to a Peruvian restaurant? What kind of desserts did you find there? Which one would you recommend?

If you want to learn more about Peruvian cuisine, I have written a post about the most popular dishes. Or read up on exotic Peruvian fruits here 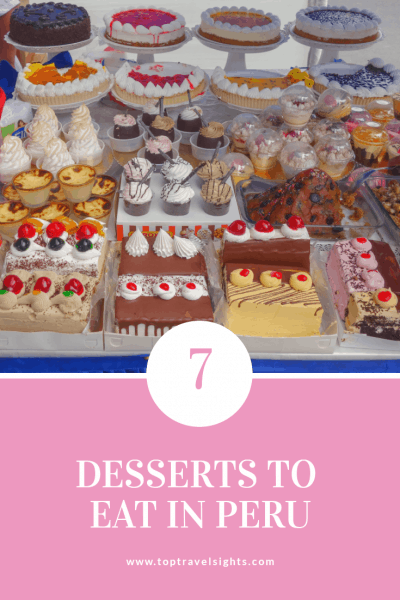