It didn’t look like it at first. When I arrive in a new city, I use a combination of my guidebook and google to find out what things to do there and it didn’t look like there was much in Bogota. But then, the city ended up surprising me. Maybe it was the young and uplifting vibe. Or it was all the amazing things we ended up doing.

Or maybe it’s something else. I think one of the main reasons why I loved Bogota so much is because my boyfriend surprised me and came to see me. I was travelling with my friend Christina and one day, without ever having said anything, Daniel knocked at my door. He joined us for a few weeks, which was definitely one of the best surprises I’ve ever had in my life.

#1 Do a Bogota Graffiti Tour 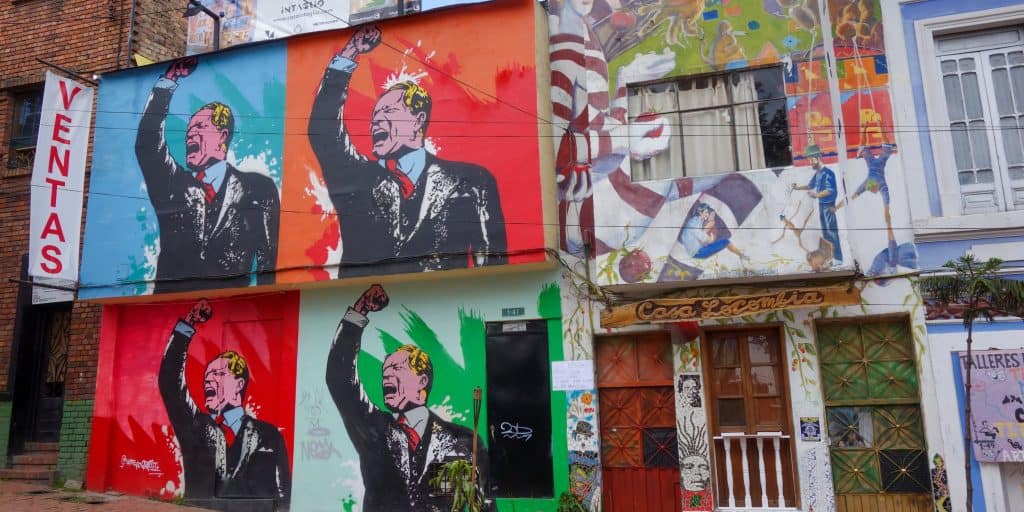 The one thing you should do in Bogota is joining a graffiti tour. Christina and I went with Bogota Graffiti Tour, who claim that they are the original ones who came up with this tour. While I don’t know if that’s true, I do know that the tour was lots of fun. You can book it through the website, but booking in advance is not mandatory. It is just to help them have an idea of how many people will join.

The graffitis you can see everywhere in Bogota have a sad backstory. In 2011, a young graffiti artist got shot by the police. Massive protests arose through the city and as a consequence, Bogota decriminalized street art. But not just that. The city has since then invited a lot of artists to paint buildings and you can see their art all over.

The Bogota Graffiti Tour does a great job of tying in recent history with many touristy places in the city. We walked through La Candelaria, for example, a colonial neighbourhood you shouldn’t miss. In the end, we finished close to a cafe called “Muros Cafe”. If it is still around, you should go inside for a drink. It’s a very nice place to rest after all that walking.

The tour is based on donations, so you pay as much as you think it’s worth it. The money will go to local artists and communities. 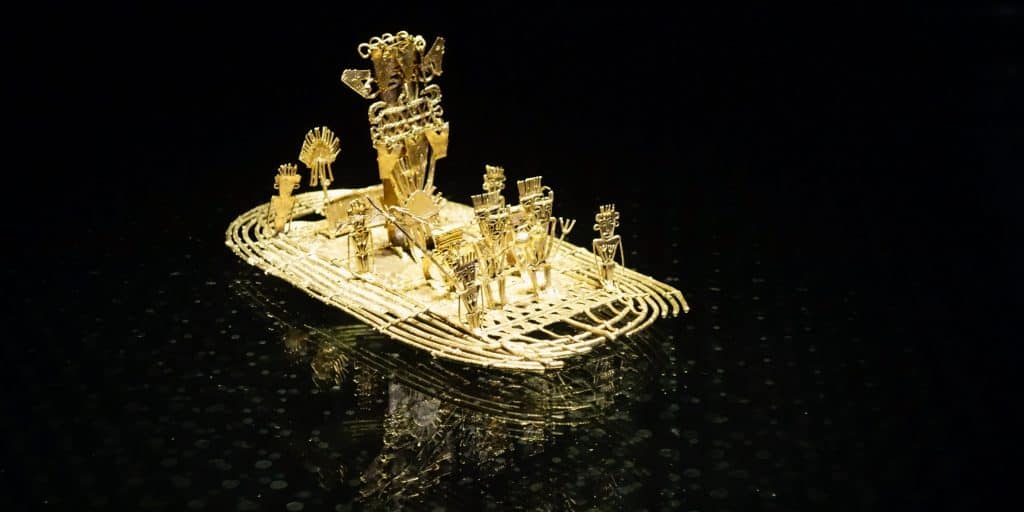 If you have been travelling through South America for a while, you know that quite a few cities have gold museums. I really liked the ones in Lima and Santa Marta, but none of them even came close to the one in Bogota. In fact, I would go as far as saying that the Museo del Oro in Bogota is one of my favourite museums in the whole country!

I have never seen as much gold in one place. It is fascinating to look at the ancient artefacts made by indigenous tribes and it made me wonder how they had been able to craft such intricate art. The most famous piece is the Muisca raft which is also called the El Dorado raft. It shows a ceremony during which the new chief covers his body with gold dust and then jumps into a lake, together with lots of other gold artefacts as offerings to the gods. 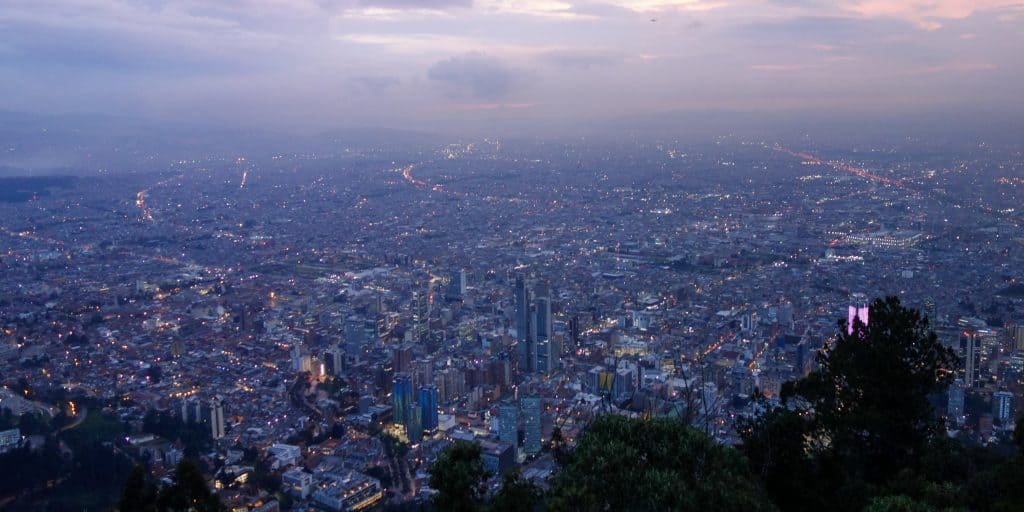 Monserrate is probably the most famous hill in Bogota. As it is more than 3000m high, you can see it from almost anywhere in the city. That means that from the top, you have a very nice view of Bogota.

There are three different ways of going up. You can either walk, take a cable car or a funicular. We went by cable car and I highly advise you against walking. It is not safe and robberies still happen along the way, especially at night. Take the cable car or the funicular and enjoy your time at the top.

We came in the evening, which is a great time if you want to watch sunset. Early morning, from what I’ve heard, is also nice because the air is not as hazy yet and you get a better view. Plus, if you’re early enough, you get to see sunrise and you probably won’t have to fight with as many other tourists as we did.

#4 Visit the National Museum of Colombia 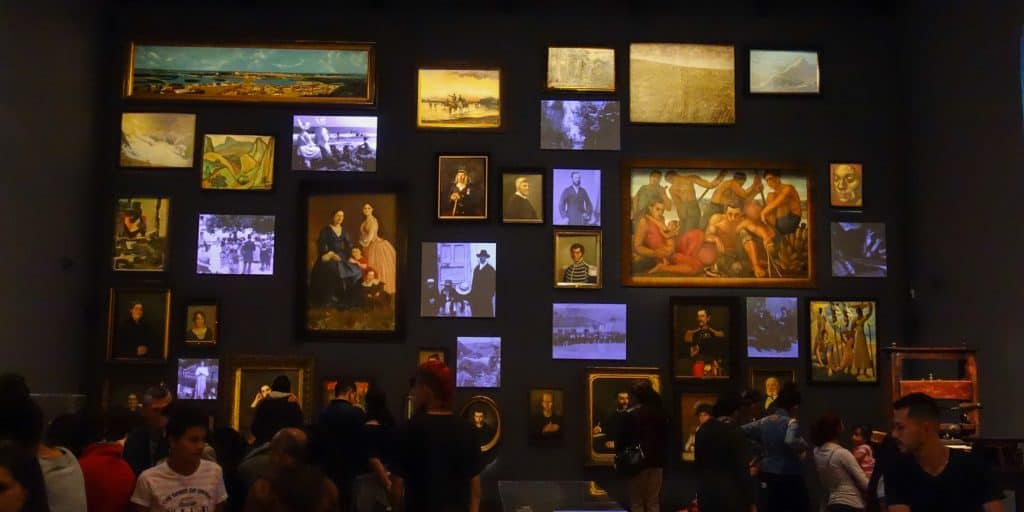 Did you know that the National Museum is the oldest museum in all of Colombia? It was built in 1832. The collection includes 20,000 pieces and gives a great overview of Colombian and pre-Colombian history. We came here shortly before the museum closed and had nowhere near enough time to see everything. From pottery to paintings and even a mummy, there’s lots of stuff to discover.

The building, by the way, once served as a prison, which explains its weird layout.

#5 See the Salt Cathedral in Zipaquirá 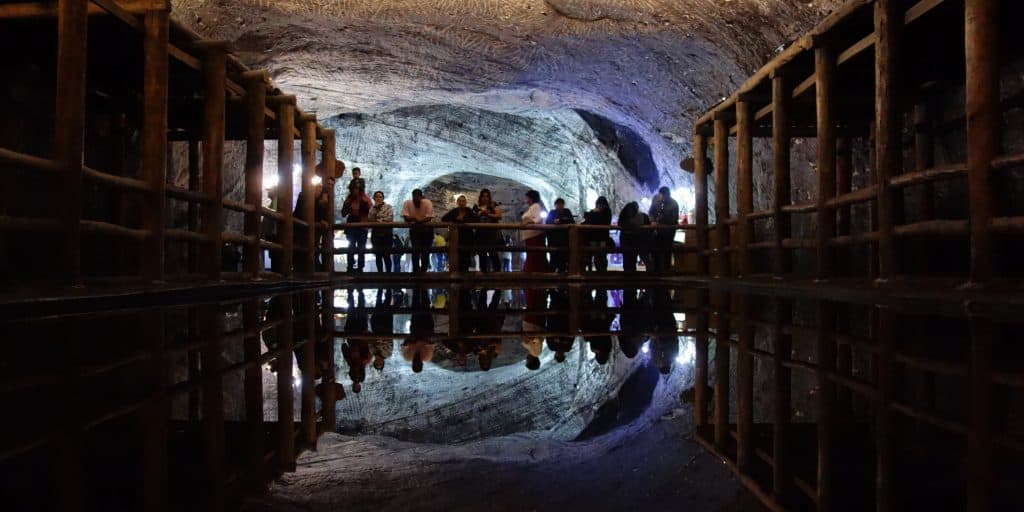 One of the best day trips from Bogota takes you to the Salt Cathedral. You can reach it by taking a bus to Zipaquirá, which takes about an hour. Zipaquirá was once famous for its huge salt deposits and even in pre-Columbian times, people mined those deposits. The mines got larger and larger and around 1923, the miners carved a sanctuary into the rocks for the first time. Eventually, that turned into a huge cathedral complex that you can now visit.

One of the best parts of the Salt Cathedral is the lights. Every room is illuminated in its own special way. Plus, the complex is so large that you can spend hours walking through it without having seen everything. Don’t miss out on the water mirror, which, in my opinion, is one of the coolest places down there.

There you have it, my favourite things to do in Bogota. I know my list appears a lot shorter than on some other blogs, but those activities were still enough to fill three days. The Salt Cathedral is a good day trip already. You can probably rush and do everything else on one day but part of the fun in Bogota is to just aimlessly wander through the city and enjoy the great cafes and restaurants.

From Bogota, if you decide to travel northwards, you should go to San Gil and then on to Santa Marta. Or maybe you prefer to go on to Medellin and then to Salento? Whatever you do, let us know in the comments as we’re curious about your stories! 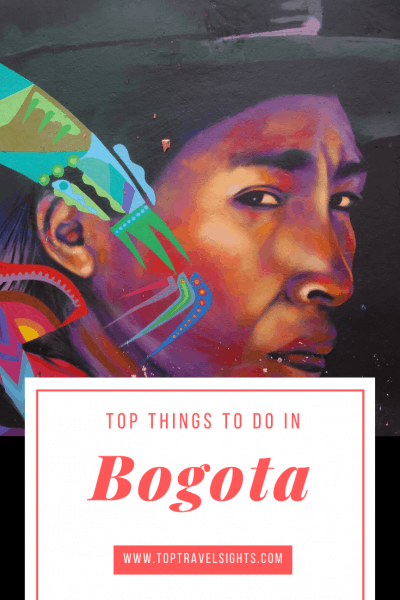 Where to Stay in Frankfurt – Your Complete Neighbourhood Guide

Top 17 Traditional Food in Latvia You Have to Try

Pin It
We use cookies on our website to give you the most relevant experience by remembering your preferences and repeat visits. By clicking “Accept”, you consent to the use of ALL the cookies.
Cookie settingsACCEPT
Manage consent