I did not know much about Paraguay before going there. In the guidebook, I had vaguely read up on Jesuit missions in the country’s south. I knew that Ciudad del Este was a shopping town located next to Iguazu Falls. And I knew that Asuncion was Paraguay’s capital.

So when it came to crossing the border, my friend and I made a rough plan. Go to Asuncion, see the Jesuit missions and figure out everything else along the way. Up until we arrived in the capital, I did not have a clue on what to see there either. It wasn’t until half an hour before our bus arrived that I finally opened my guidebook and looked into it.

Now, if you’re planning on visiting Asuncion, let me give you one piece of advice. Don’t count on spending days in the city without running out of things to see. You can do a day trip to the countryside, but the capital itself can easily be visited in one day. If you’re wondering about how to spend that day, here are the main things to do:

Did you know that Paraguay was the first country in South America to declare independence? It also used to be one of the continent’s wealthiest countries.

If you’re like me and have no clue about Paraguay’s history, you should go and visit the Casa de la Independencia. You will not find much information about its history, but at least, you will have seen the house in which Paraguay declared its independence and you will see a couple of items from that time. Plus, the house is very nice to look at.

I loved the Cabildo. Not just because the building is beautiful to look at but also because, besides exhibitions from various artists, it houses an immigration museum. Being German, I was surprised to see how many German immigrants had settled down in Paraguay, founding villages with typical German names.

The museum is located on the second floor. It is not huge, but the entrance to the Cabildo is completely free and it highlights a fascinating part of South American history.

Asunción is a great place to sample typical Paraguayan food. From empanadas to chipa, a traditional bread, you will find many dishes to try.

We had sopa paraguaya. The waitress explained to us what it was, but my Spanish wasn’t good enough to understand. I still ordered it, thinking that whatever was in that soup, it couldn’t be too bad. Turns out that I was right, it was good. But it also turned out that it’s not a soup but some kind of bread / open pie. You should order some yourself and try!

How fast can you eat?

The Manzana de la Rivera is a complex of beautifully restored houses. Walking through the courtyard, you can get an idea of what Asunción once looked like.

These days, the complex houses a cultural centre with exhibitions from local artists, plus a cafe. Also, there is a museum about the history of the city, but it was closed when we arrived and didn’t look like it would reopen any time soon.

#5 Look around the Estación Ferrocarril 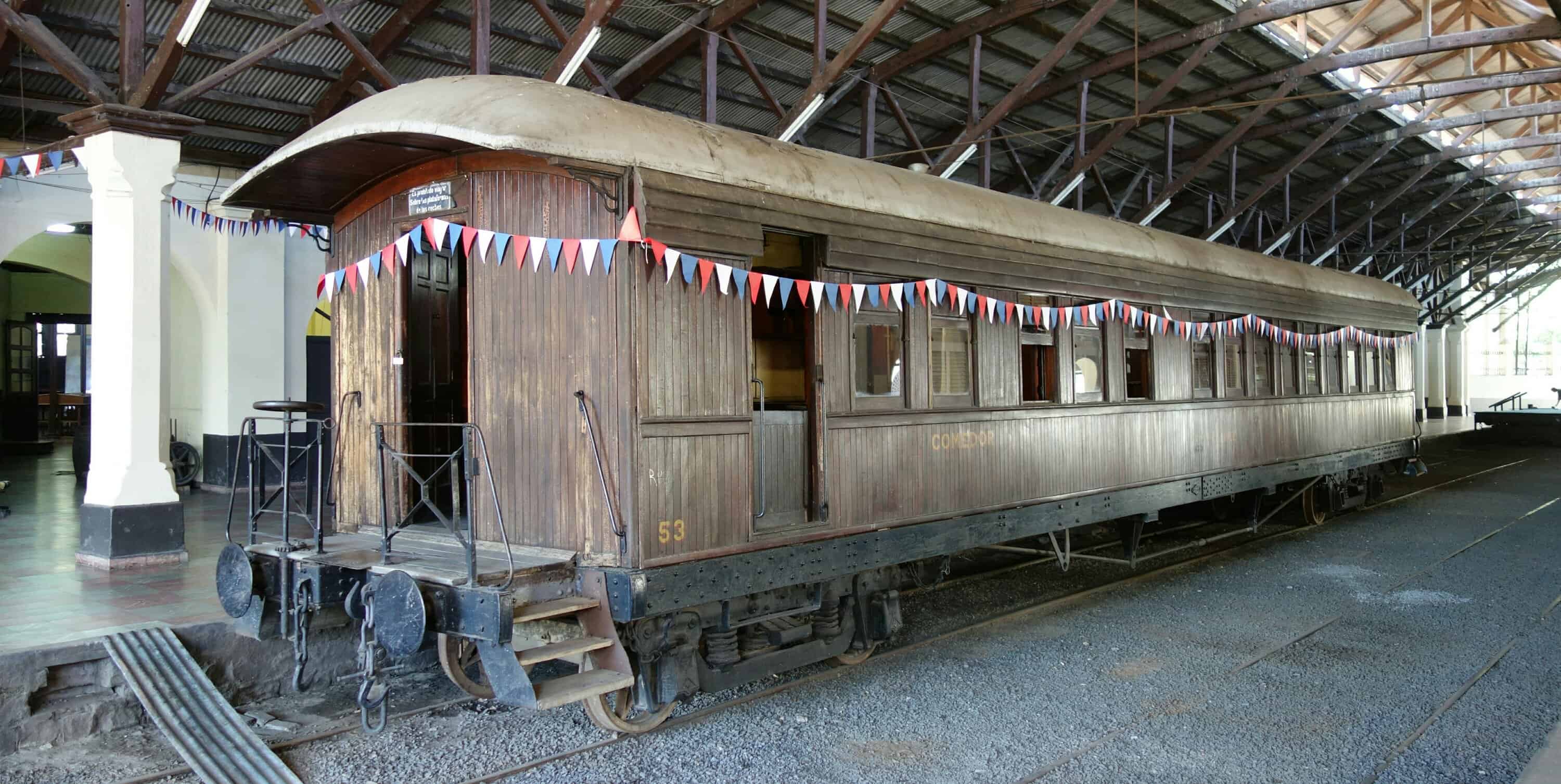 These days, it is hard to believe, but back in colonial times, the railway played an important role. The one between Asunción and Encarnación was the first one in South America. You can visit the station from where the trains started. Inside, you will find articles from that time period as well as two train carts.

Unlike everything else listed in this article (except for the food, of course), you need to pay a little entrance fee.

There you have it, five things to do to spend a day in Asunción. You can also walk through the roads, watch locals and check out the Palacio Lopez. You can’t go inside but the building is pretty from the outside.

And if you have more time, I highly recommend you inquire about day trips to nearby places.