Have you ever heard of the Republic of Uzupis? No? Welcome to the club! We didn’t know this tiny republic existed until we travelled to Vilnius. Uzupis declared its independence in 1998 and even though it is not officially recognised as a country by anyone, the republic has its own government, constitution and even currency.

And of course, to get there, you have to cross a border. Well, border. You have to cross a bridge with a sign that states that you’re entering Uzupis. Not very different from many other European borders, to be honest. If you want to, right after the bridge, you can have your passport stamped. 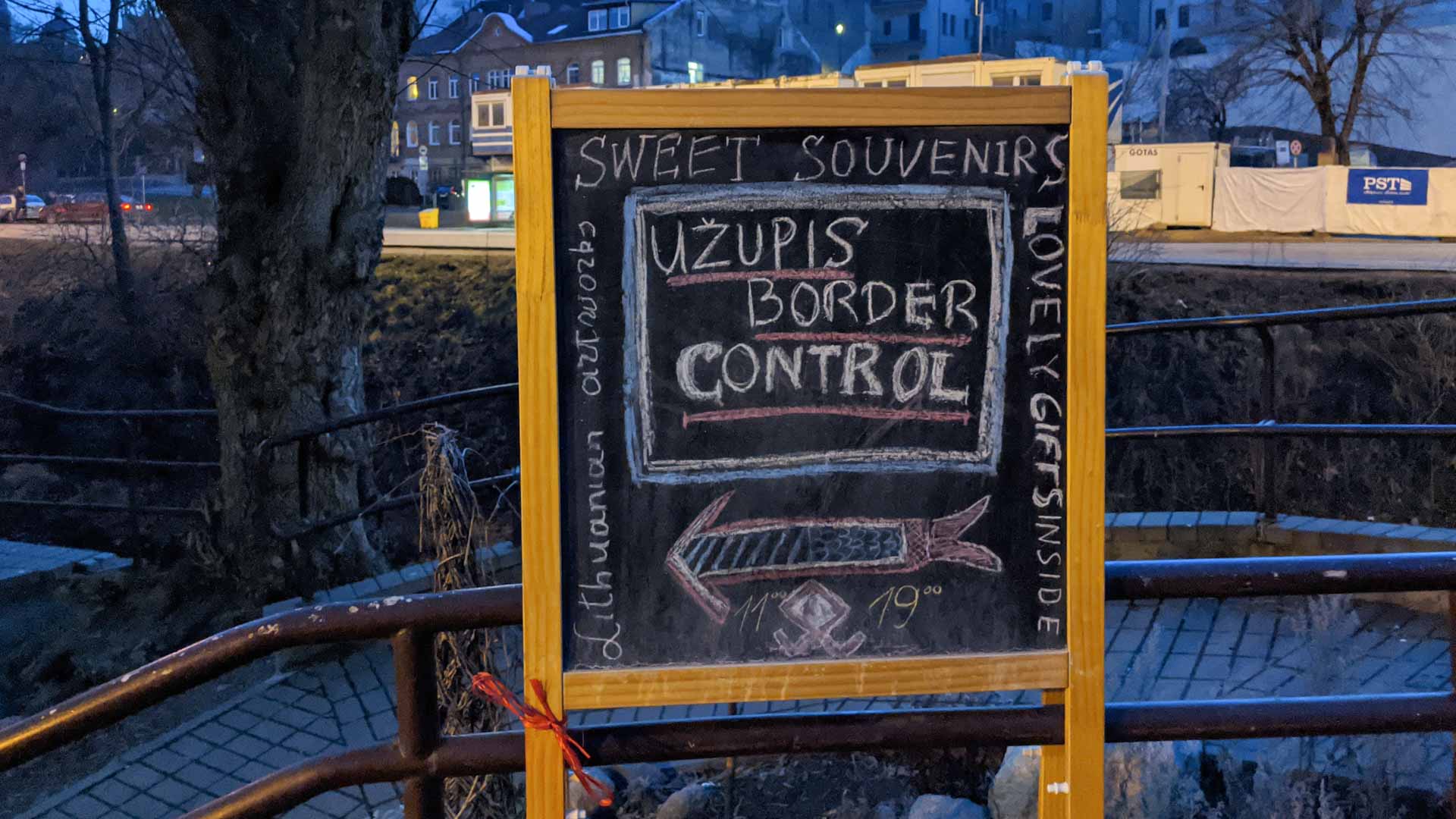 Of course, we were curious about that “border control”. While looking at the souvenirs and choosing a magnet for my collection, we met Julijus. Julijus was the “border guard” that day, or, in other words, the person who could stamp your passport. And he explained to us more about the Republic of Uzupis and its fascinating history. Not just that, he also provided us with the old photos you can see below, which will give you an impression of what Uzupis once looked like.

What is your name?

Are you from Vilnius?

Yes, but I live a bit farther from Užupis. I live in the Antakalnis district so it’s not that far away.

Have you been working at this border post for long? 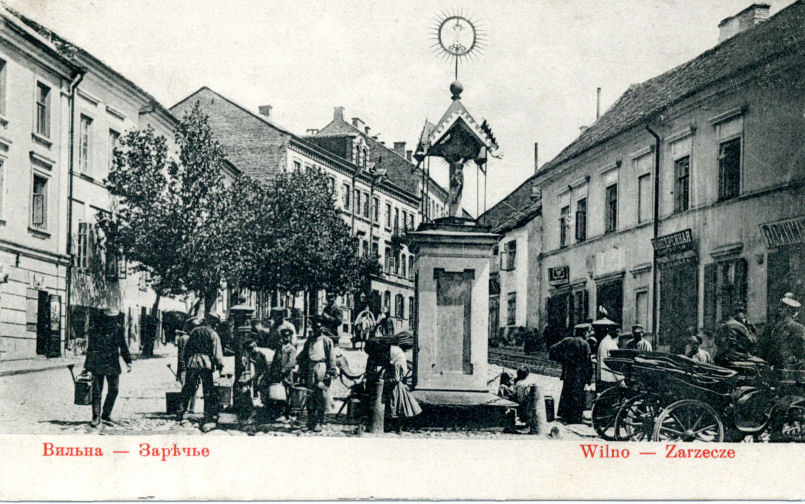 Can you tell us about the story of Užupis?

Užupis was built in the Middle Ages. Užupis has always been the place where poor people lived and even a few decades back, the crime rate in Užupis was the highest of all Lithuania. You could find a dead body almost every day here in Užupis. But twenty years later, here it is. It is one of the most expensive places where you can buy a flat or a house. It’s really close to the centre of Vilnius and many artists live here.

How did Užupis transform from the neighbourhood with the highest crime rate in Lithuania to the most expensive one in Vilnius?

It all has changed when we broke out from the Soviet Union. Back in the day, all lands were owned by the government. And after the collapse of it, people started seeing the big potential of Užupis.

What are common questions that tourists ask about the Republic of Užupis? Are they surprised or aware of its declared independence?

I do think the most common questions are: Is Užupis really independent? Are there any interesting places to visit? And yes, most of the tourists are surprised by its independence. That we have our own constitution, money, governors, etc. And when I tell them it’s more of a joke created by the local artists, tourists are still really surprised and interested in this place. 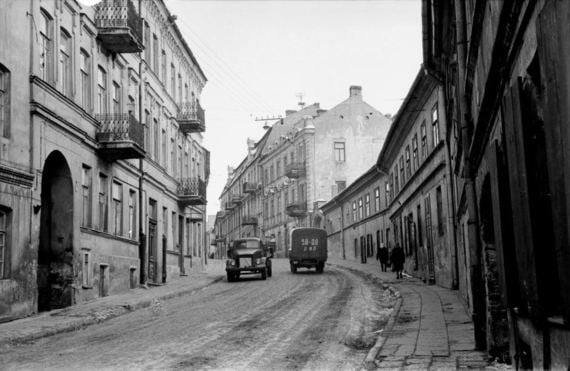 What are some things that you would recommend to see in Vilnius?

In Vilnius? I mean, people can always look up the most basic touristic places here in Vilnius, but I know one lesser-known place here, also in Užupis. It’s really close by. It’s by the Vilnius Užupis gymnasium, just up ahead. You can see the whole panorama of Vilnius and I think it’s one of the best places to take a photo of the city. Well, I think it’s one hidden gem here in Užupis that nobody really knows about.

And what is your favourite place in Lithuania?

In Lithuania, I would have to say it’s by the Baltic Sea. It’s Klaipėda or Juodkrante. Of course, it depends on what people like, but it has that Germanic architecture. Plus, I always go there in summer so it reminds me that it’s warm and beautiful.

Thank you very much for the interview! 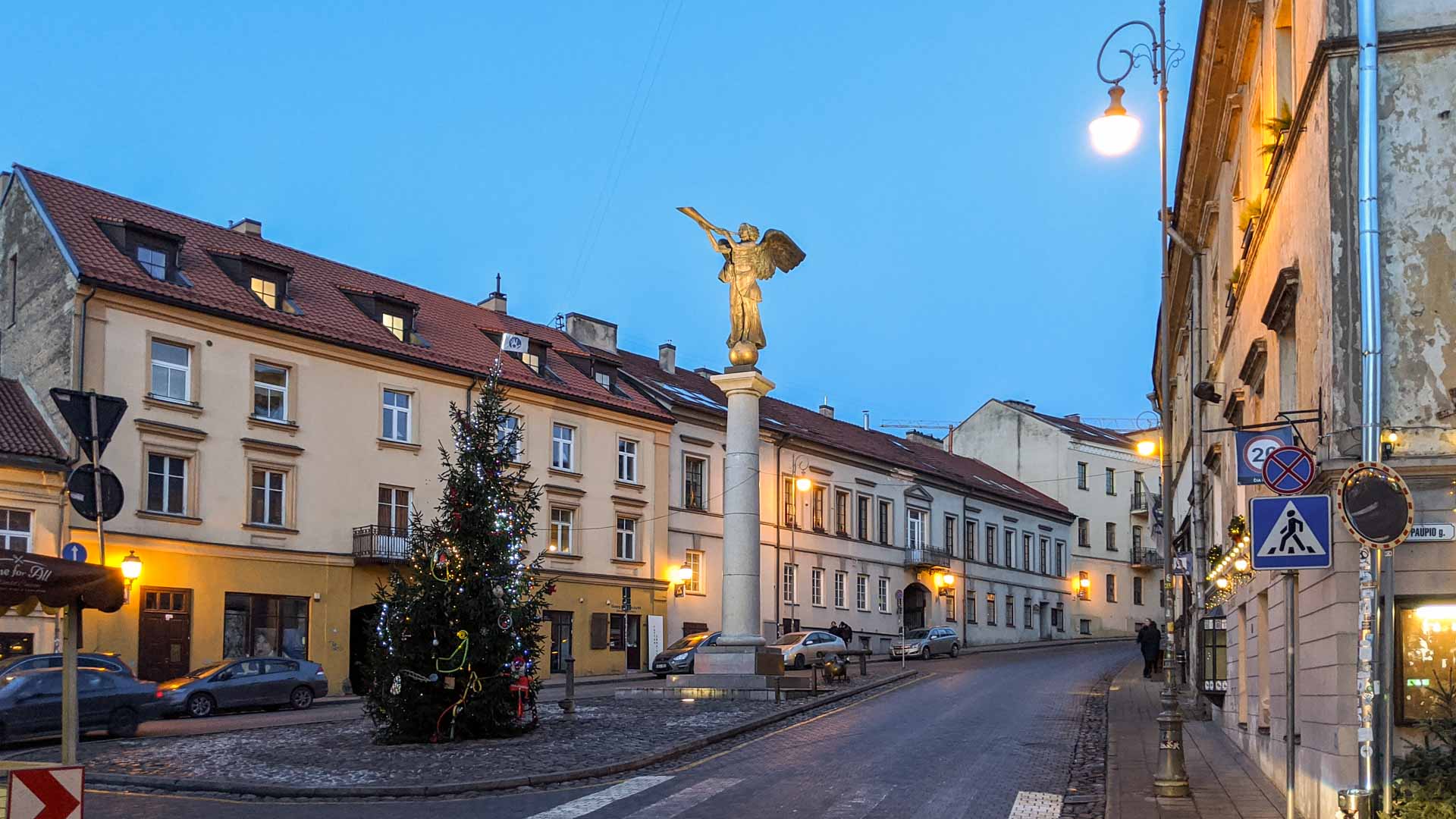 Have we caught your interest? Then you should totally visit Vilnius and go to the Republic of Uzupis. In this neighbourhood, you can find lots of things to see and do. The most fun part is to sit down in cafes (and try some traditional Lithuanian food) or explore the many art galleries. Uzupis is a republic of artists, so you can enjoy their works all over. But you will also find a few important sights in Uzupis.

Step into the cafe/pub after the bridge, which is called Uzupio Kavine. This is the house of parliament, where the Uzupis government meets. If you keep walking up the street, you will see the Angel of Uzupis. This statue represents the tiny republic and stands for the freedom of expression and art. 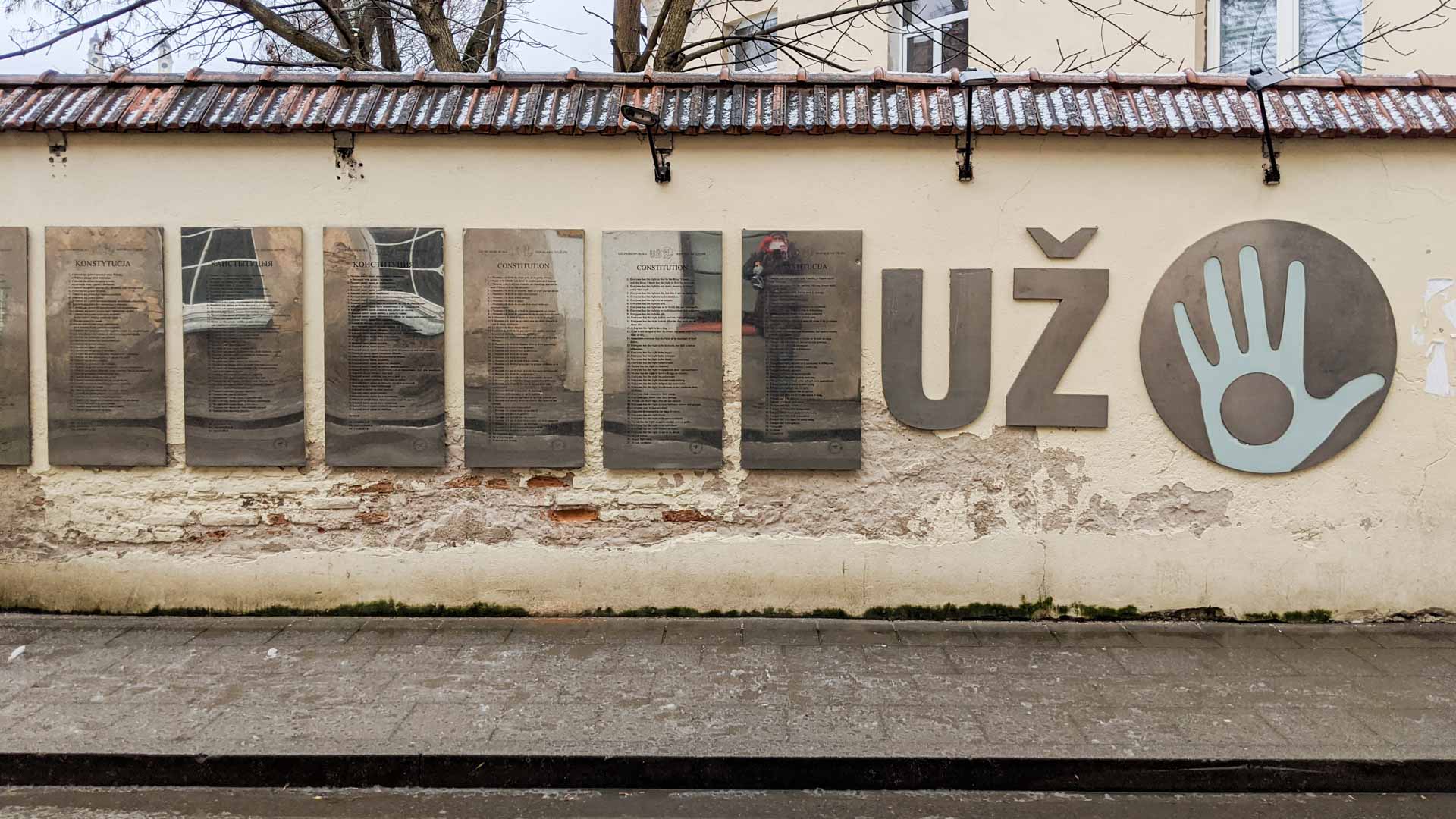 Turn right when you see the Angel and you will get to the constitution. On a wall, you can find the constitution translated into more than 20 languages. We suggest that you take your time to read through all articles. And always remember. Every dog has the right to be a dog! 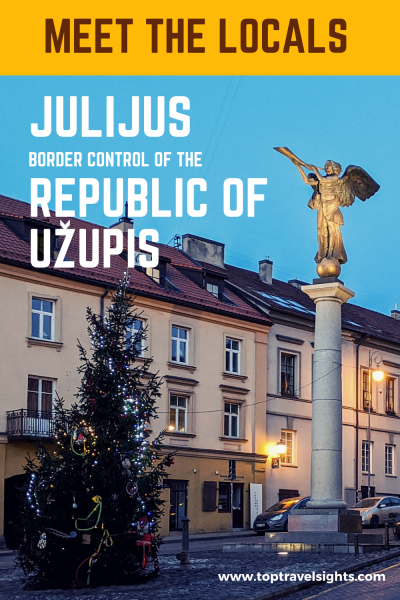